Today marked the first monthly meeting of The DIY CNC Club at Milwaukee Makerspace.  Ron Bean and Tom Gondek, the creators of the router, guided members and guests through the use of CamBam CAD software to generate G-code and Mach3 software to operate and control the router.  The day before, Tom and Mike tested the machine’s ability to cut aluminum.  On Sunday, Rich created a decorative wooden sign and Brant began making plastic shapes for a project enclosure. As Ron pointed out, in less than 24 hours we had worked in three different materials: wood, metal, and plastic.

Several items were also crossed off our wish list.  Two emergency stop buttons were added to the front of the machine and wired together in series.  Hitting either one stops all motion in the X, Y, and Z planes and pauses the program.  We also built a relay-controlled receptacle box that when wired into the CNC computer, will be able to stop the spindle so hitting the E-stop will kill all motion in all axes and the router.  For some reason the pins we’re using on the parallel port are only producing 1.6 volts instead of the 3 or 5 we expected and the relays won’t turn on.  All in all, a very productive weekend. 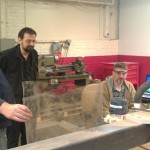 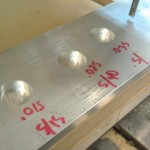 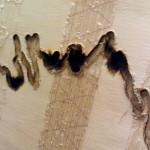 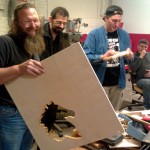 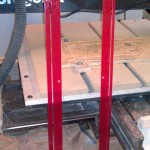 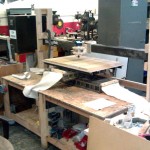 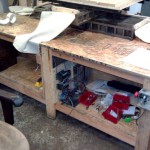 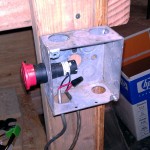 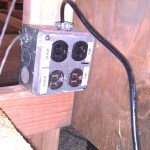