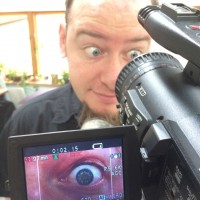 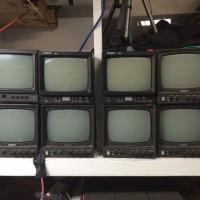 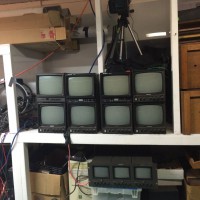 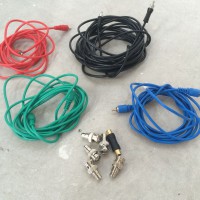 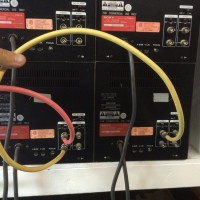 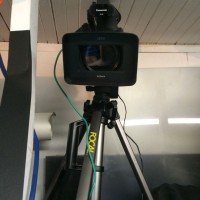 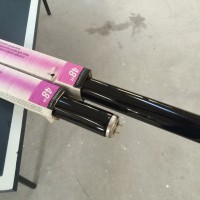 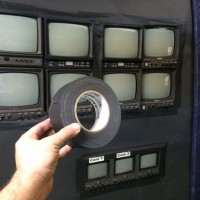 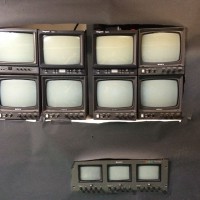 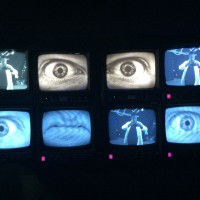 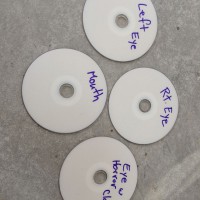 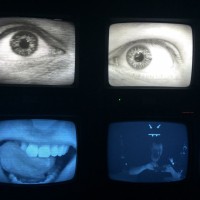 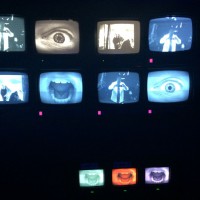 Today, I stopped in at the Makerspace with the plan to work on a small project for a Halloween party this Saturday.

The plan was to take a “Roomba” robot vacuum cleaner that I got for $1.00 at a rummage sale, and covert it into the robot base for a giant spider or some other scary creature that could wander around at a Halloween party.

I started pulling screws out of the bottom to figure out how to remove the brushes and vacuum blower. It took some tinkering to figure out what I could and couldn’t remove and not cause a fault. In the end, it didn’t look like I could remove the blower motor and still have the thing run, so I simply removed the fan blades from the blower.

By that time, I was now thinking about video cameras and how easy it would be to run a 1/4-20 bolt right through the plastic. A bolt and two nuts quickly made a camera mount.

In the other room were some ping-pong balls, and I had a black sharpie. A little hot glue and Roomba-cam has some personality.

Look for Roomba-cam running around the Milwaukee Makerspace and please treat Roomba-cam nice – he is watching you and WILL upload to YouTube! Thanks to the efforts of Jack, Royce, Tom, Ross, and I, the CCTV system is finally working!  Zoneminder’s been set up and we plan to have 12 cameras total when finished.  The goal is to eventually broadcast them all to the website here so visitors can see who and what is going on at Milwaukee Makerspace.  Stay tuned!