It was a couple months of work to get these Pot O’ Gold floats up and running but, boy, was it a blast!

Also check out the Picture Gallery!

Tuesday night was time to paint the Pot O’ Gold!

The burlap covering soaked up the black paint. Brushes seemed to work better than rollers on the thick texture.

We also used some old pink foam insulation to cut into disks to make the coin shapes. Once that was done, we primed the coins to protect the foam, and then hit them with a coat of gold spray paint.

And here is a photo of the pot on the electric float base with the new gold coins on top! 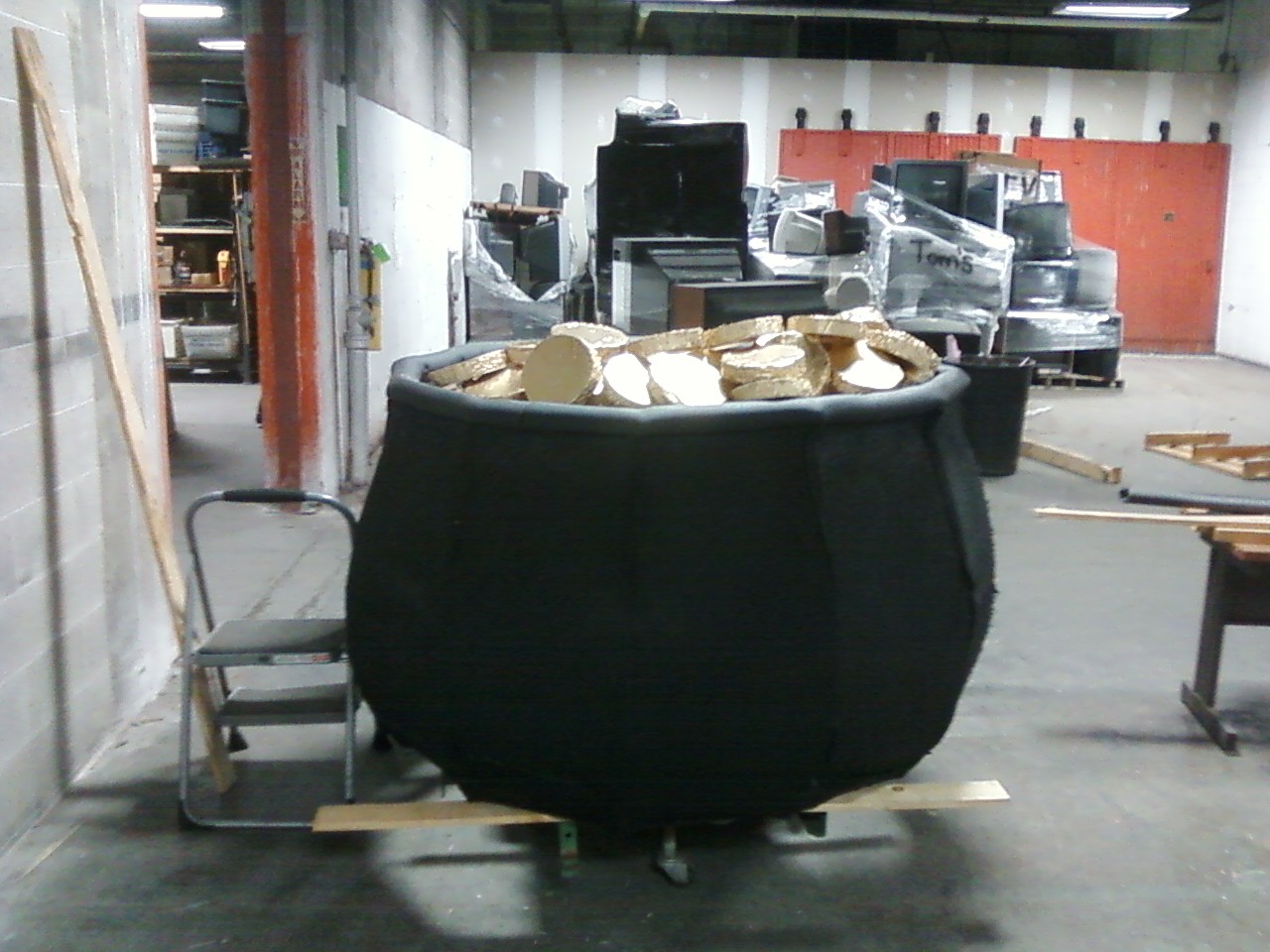 Last night the gang all pulled together and got a prototype Pot ‘o’ Gold electric parade float up and running! TomG, as usual had all the scrap pieces we needed to put together a sweet little ride…

The green steel used in the frame apparently used to support a conveyor belt system in a factory someplace. TomG has bunches of it. The wheels and motors are from an old electric wheelchair that was scrapped. The batteries are old motorcycle batteries and the R/C motor controller was from an old battlebot.

The hope is to create a series of small vehicles like this, bolt some themed fiber-glass shells on top of the frame and enter the vehicles in parades to showcase the awesome pool of talent we have in the Milwaukee Makerspace and hopefully attract some more members. Our initial target is the Milwaukee St. Patrick’s Day Parade on March 13th. We’re hopeful the organizers will enjoy pots of gold driven by leprechauns who hand out gold foil wrapped chocolates to spectators.