We’re coming to the end of our South Shore Frolics Parade Float builds! This has been an incredible process. Last night we put the graphics on the cylindrical sign, and stood back to enjoy the glory of our handywork.

Thanks to Tom, Kevin, Matt N., Bob, Mike, Shane, Elizabeth, Adam, Sean, Kristin, Amanda, Jason, Aaron, and anyone I might have missed who helped get this together! 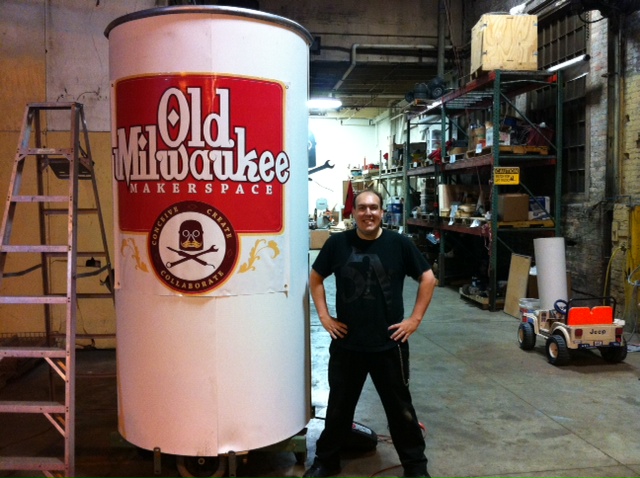 I pose next to the completed thing. Intense!!!