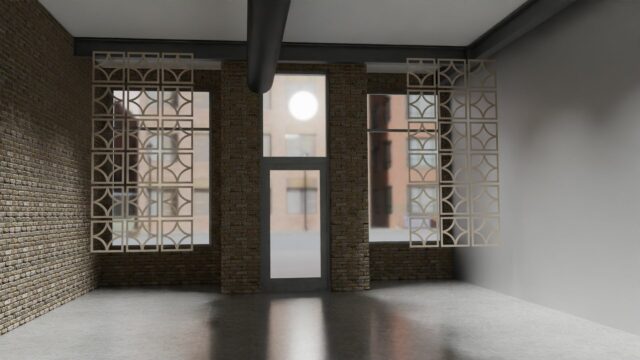 A few weeks ago a friend asked if I could help with a project for his wife’s new salon and I jumped at the opportunity.  I had been looking for a project that would mean using the big new 100W laser since it was donated.  My friend sent over a design and I got to cutting. 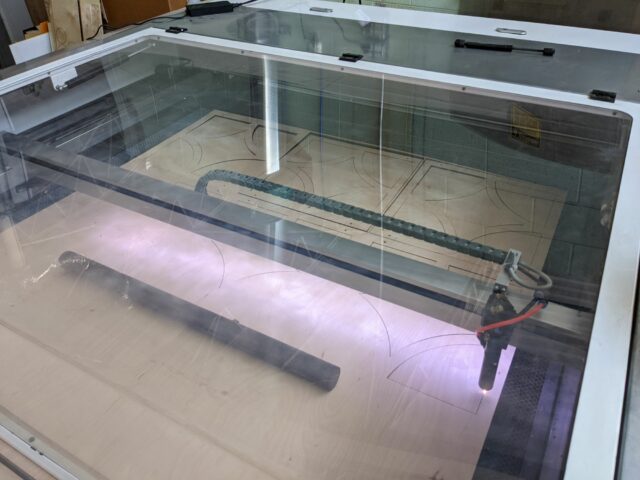 This is by far my favorite laser we have.  The software is easy to use and the laser makes aligning the uncut piece in the laser bed a breeze.  This project was also a chance to show off some of the new things I am learning in Blender to make a nice rendering of the final product. Often laser cut parts get attached at 90 degree angles, using finger joints, or screws and t-slots, but there may be times when you want to stack pieces of wood and have them aligned…

Here’s a few photos of the pegs I’ve been experimenting with. For these pieces I don’t have a lot of room to have multiple pegs at opposing angles, but I can see where that might be useful. For these pieces the peg is really just for assembly alignment when gluing it all together. Years back, I used to throw a lot of cocktail parties.  Between myself and two good friends, we owned five cocktail shakers and 35+ martini glasses.  During the parties, we’d typically be the only three people shaking martinis for all the guests.  Though that’s awesome, it also means we missed out on much of the socializing and mingling during each party. In preparation for a recent birthday party, the solution came to me: Use Lasers!  So, I laser cut ten coaster-sized pieces of basswood and then laser engraved my twelve favorite Martini and Champagne cocktail recipes on them.  I also cut stands for them that had a laser engraved “best practices” guide for shaking Martinis – you know, the things that bartenders are typically too busy to do for you: Chill your glass before pouring your drink into it, shaking your drink until it is sufficiently cold, etc.  The drinks have recipes that taste better than what most bartenders will make for you, because they include things like an amount of lemon or lime that they’re too busy to squeeze into your drink. The party was an even more awesome experience for me, because I wasn’t only shaking drinks all night.   It was also even more awesome for the guests, as they found that great cocktails are super easy to make!  And who doesn’t like to make things?

Also, the carbonated Gin & No tonic is real crowd pleaser!  See my previous post about home carbonation for more info, and note that all types of inappropriate things can be carbonated:  Gin, Ardbeg Corryvreckan, grapes, etc!