Are you a boat or home owner?  Do you wish paying your bills was more fun?  Do you have stacks of cash sitting around just taking up space?  Well this is the project for you!  Over the next month we will be designing version 2 of the Rain Maker.  It’s a tool that you load with cash and then launch at about the speed most of my project eat cash lately.  Version 2 you ask?  That’s right most of the longer projects we model in class take me several attempts to get right.  Here is a link so you can see it in action. 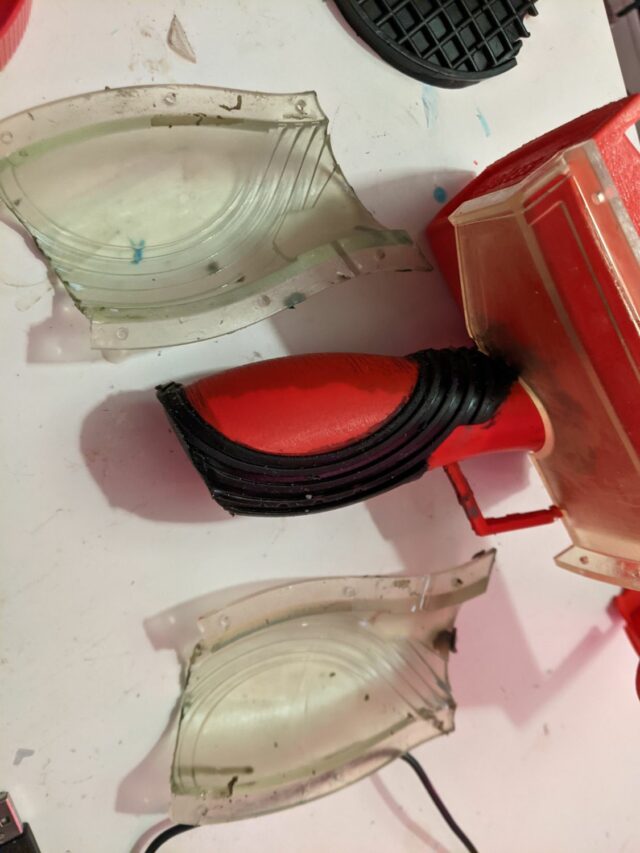 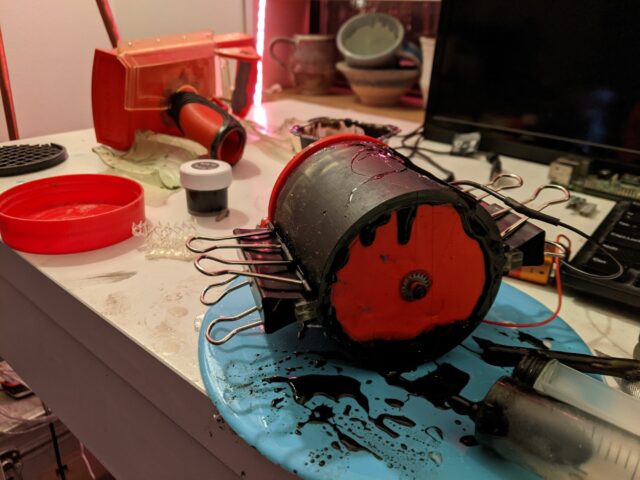 The first draft lets me work out the ideas and see if I can get a working prototype.   In this case I knew I wanted to try over molding like our favorite tool company here in Milwaukee and I was not sure if my cash accelerator device would work.  About a hundred hours of printing later I can tell you it does and I learned a lot of do’s and don’t when over molding on 3d printed parts.  I do really like the feel of the urathane rubber in my hand and it is so much fun to see money shooting our the front of the tool.  This is going to be a fun one so join us Mondays @ 7pm or watch the series on YouTube. 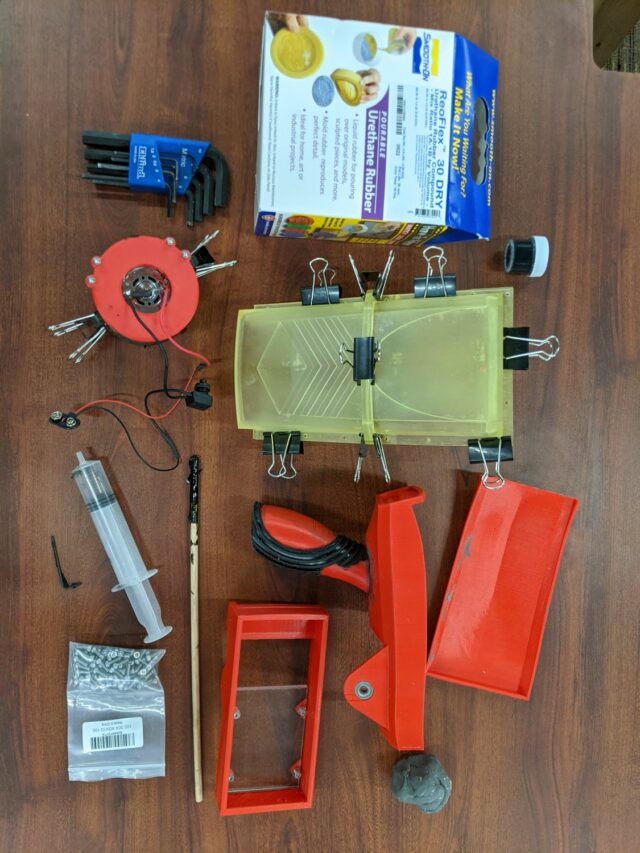 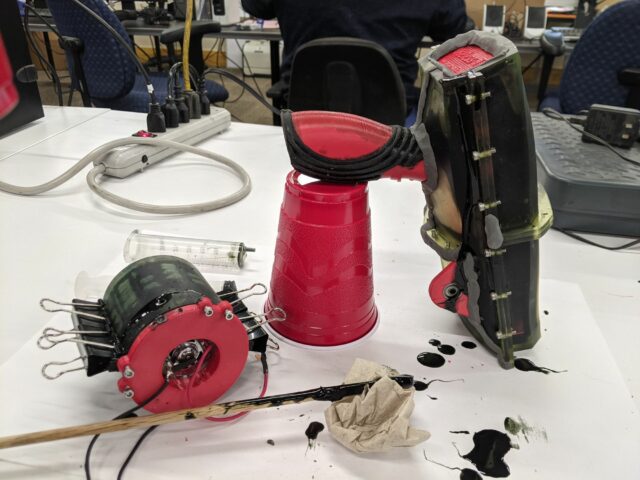 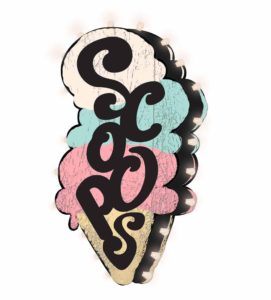 Julie and Carl of Scoops Ice Cream & Candies of Kenosha, approached new Makerspace member, Brandon Minga, with their project. They were given recommendations from other projects he’s done in the are including Mike’s Chicken & Donuts and the Modern Apothecary. Scoops was looking to enhance and draw more attention to their new location with a large exterior sign. Going through the concept and design process Minga quickly decided that the sign design was also going to become their new logo. Once the final design was rendered he quickly learned how to CNC a template to hand plasma trace the design out of sheet metal. The middle of the sign was also hand cut, roll bent and broke to match the bubbly ice cream cone shape. With a little help from friends a the Makerspace, he ground down welds and drilled 44 holes for the light bulbs. After all the holes were drilled Minga fit the sign with sockets, wired up the sockets and tested the electrical. Working with Prodigy Sign in Kenosha he also coordinated the hanging of the sign. 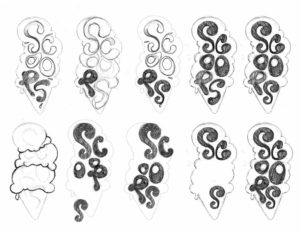 Any project starts with a sketch. 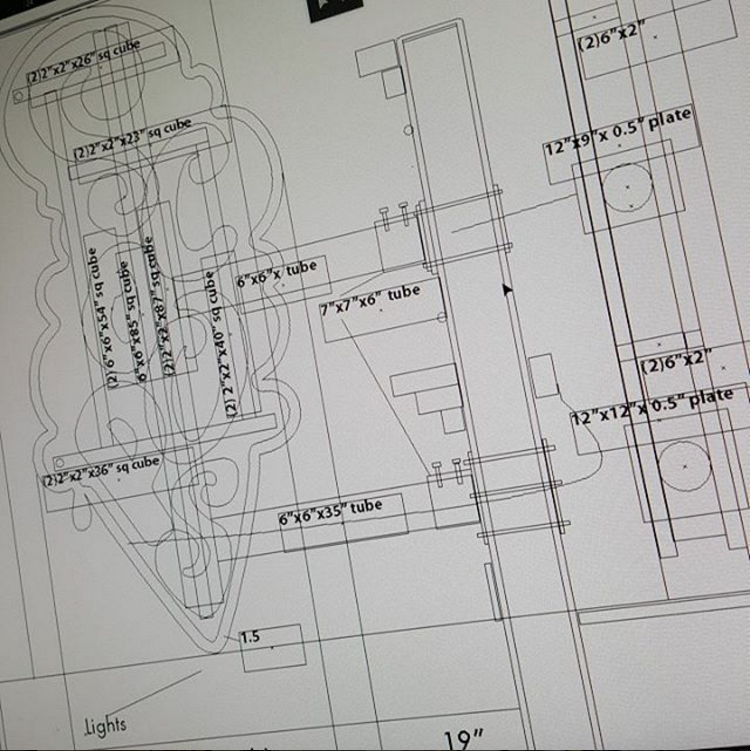 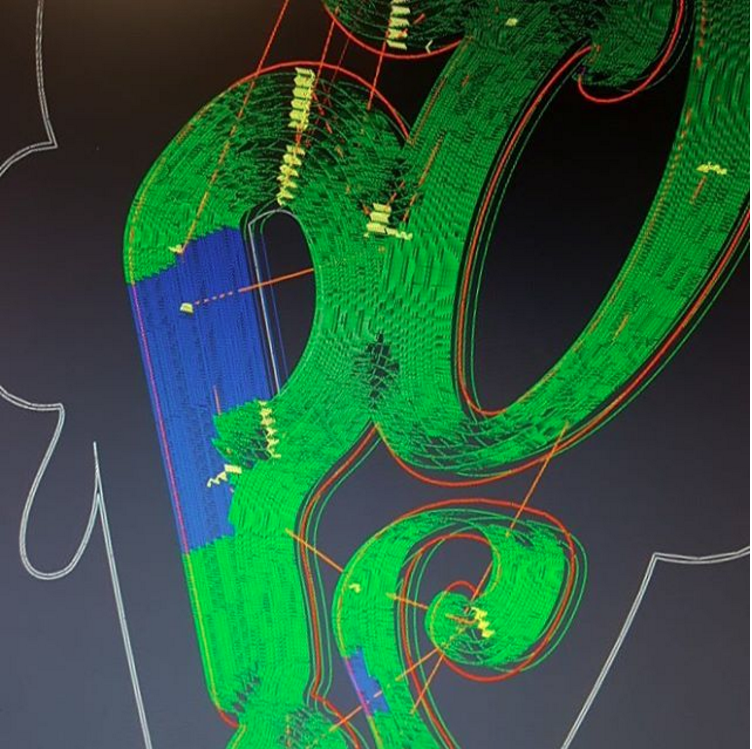 Nothing wrong with learning a little g-code.

END_OF_DOCUMENT_TOKEN_TO_BE_REPLACED If you’re like me, you’ve left a soldering iron plugged in once or twice.  Hopefully you’re also lucky like me and it’s never started a fire.   Occasionally I’ll grab something off our Hack Rack and take it apart.  A) It’s fun and B) it helps cut down on the ever-growing pile of appliances in the East Room.  Recently I focused my efforts on a microwave oven.  During my salvage operation I managed to extract one plastic fan, two thermal cutout switches, a transformer, the magnetron, a huge capacitor, and the controls.  I soon realized that what I had in front of me was a digital timer wired to a normally open relay.  I couldn’t immediately think of something to do with it, but it seemed too good to toss or disassemble further.  About a week later I decided to wire it to a pair of 120-volt receptacles.  Voila.  Any appliance with a standard plug can be set to run from 00:01 to 99:99 before powering off.  Just press “TIME COOK” then enter the time in minutes and seconds, then start.  The relay closes the circuit and the outlets are energized.  When the timer runs out, a piezo buzzes and the outlets shut off.  The relay on the microwave’s circuit board is 120-250 volt at 16 amps, so I’m fairly comfortable it will handle one or two 40-watt soldering irons.